When (and how) to introduce gluten to your baby? 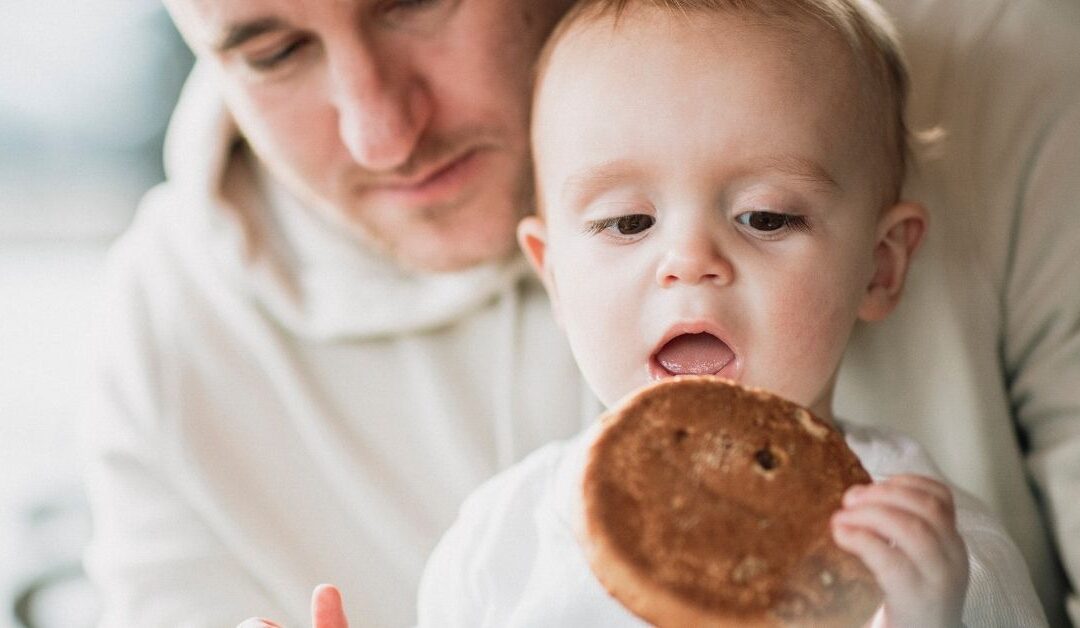 The advice about when and how best to introduce gluten to your baby has changed quite a bit in recent years. Let’s look at what’s currently recommended.

Contrary to what you may have heard, gluten, a protein found in wheat, rye and barley is well tolerated by most people. People with coeliac disease must follow a strict gluten-free diet.

You find gluten in many cereals and flours and the foods made from these like bread, pasta, crackers, and breakfast cereals.

When can you offer gluten to your weaning baby?

You can introduce gluten-containing foods to your baby’s at any time between when you start weaning and ideally before they reach their first birthday.

Is there a specific way I need to introduce my baby to gluten?

You should introduce gluten in small amounts initially. In previous years the HSE recommended a four-week system for introducing gluten. However, this isn’t recommended any longer. Simply offer your baby small amounts of gluten-containing foods and gradually work up to more significant amounts. It’s not hard! And you don’t need to stress about portion size and how often you’re offering gluten to your baby.

What about if someone in the family already has Coeliac Disease?

You can introduce gluten in the same way even if you, your baby’s dad or sibling has confirmed Coeliac Disease.

Some ideas for introducing gluten at mealtimes

Gluten is most commonly introduced at breakfast, as many breakfast foods contain gluten. Remember to introduce gluten slowly to your baby for the first few months. Therefore you might like to mix it up between breakfasts with and without gluten.

Weetabix, Shredded Wheat, Toast, French Toast and pancakes and muffins made with flour rather than oats.

Boiled, scrambled eggs or omelette fingers. Pancakes made with oats or ready brek or simple two-ingredient pancakes. Ready Brek and porridge are oat-based and therefore aren’t gluten-containing. And any baby muffin recipes that use oats, ground nuts or buckwheat instead of regular flour. Despite the name, buckwheat isn’t a type of wheat!

READ MORE >>> Simple breakfast ideas you can share with your baby

Potatoes and rice are gluten-free, while pasta and couscous are the most common gluten-containing foods your baby might eat at dinner time.

Gluten at Tea or lunch

Foods commonly eaten at this time include toast, pasta, homemade pancakes or muffins with flour. As well as commercially prepared foods like rusks, Liga and other baby biscuits. Generally, I recommend staying away from these ‘baby foods’ as they can be higher in sugar than you think!

I hope this has given you the confidence to go ahead and introduce a range of foods to your baby. Don’t overthink it!

For more no-nonsense advice on feeding your baby during the first year, check out Ready, Steady, Wean.